How Medicaid and Medicare Are Changing 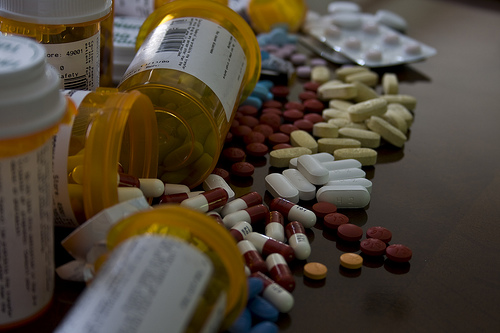 The year 2015 marks the 50th anniversary of President Lyndon B. Johnson’s signing of the law that created Medicare and Medicaid. According to Mary K. Caffrey, writing for The American Journal of Managed Care, this act was the catalyst for “the greatest change in health care in the nation’s history at that point, but also a lasting change for society.” The decades that followed have witnessed these health care systems evolving in various ways.

The Advent of Medicare and Medicaid

On July 30, 1965, President Johnson’s signature enacted Medicare, a health care system that allowed Americans ages 65 and older to see a doctor without fear of substantial bills. Medicaid also started the same day, and this program was developed to offer similar health care coverage to struggling Americans receiving welfare, according to Caffrey.

Medicare and Medicaid Throughout the Decades

Since their creation, Medicare and Medicaid have expanded to offer more benefits to larger groups of people. To reflect a growing reliance on pharmaceuticals, Medicare Part D, which pays for prescription drugs, was added to Medicare in 2006. David Kendall, writing for Third Way, says this expansion addressed concerns that seniors had about possibly depleting their retirement savings due to the high cost of medicines or need to choose between pharmaceuticals and food.

According to Caffrey, Medicare’s creation served to cover all seniors equally. However, Jim Jaffe, Washington observer for The Huffington Post, said changes to the program in 1993 saw premiums raised and the subsidy lowered for the richest seniors.

In 1967, Medicaid began offering services to elderly Americans on low incomes and eligible Americans with disabilities, according to Caffrey. Caffrey also notes that services expanded to include pregnant women and children living in low-income families.

In 1996, President Bill Clinton ruled Medicaid coverage should not depend on welfare reliance, and the Children’s Health Insurance Program was established the following year. This program gave states the flexibility to cover children from low-income families who were not eligible for welfare. States could also insist individuals receiving Medicaid enroll in managed care.

President Barack Obama’s health care law in 2012 inspired significant and controversial changes to Medicaid, according to Joseph Antos of the American Enterprise Institute. This ruling allowed U.S. states to determine whether households up to 138 percent of the federal poverty line should receive Medicaid benefits.

The Future of Medicare and Medicaid

Medicaid’s market power helped negotiate costs for lower drug prices, according to Caffrey. However, Medicare did not gain this power with Part D creation, but this power is something the federal government is pursuing. An American Journal of Managed Care article written by Caffrey in July 2015 estimated the U.S. government could save $16 billion annually if these powers are granted.

Caffrey, representing The American Journal of Managed Care, and Gretchen Jacobson, Anthony Damico, Tricia Neuman, and Marsha Gold, representing The Henry J. Kaiser Family Foundation, believe managed care will become more closely linked to Medicare and Medicaid in the future. Medicare and Medicaid may have launched to help all seniors and poor Americans equally, but as any health care MBA student or graduate understands, sometimes business concerns must trump altruism to ensure a program’s success.

As health care laws and budget concerns continue to evolve, Americans may be waiting with interest to find out what new changes may befall Medicare and Medicaid.