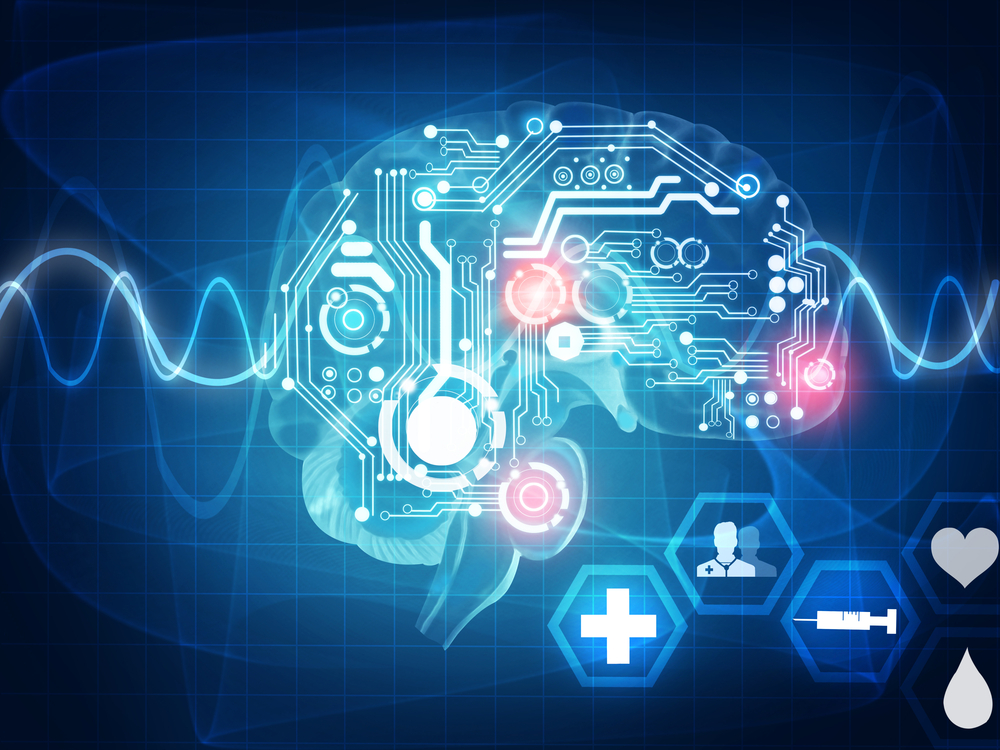 The United States has what is arguably the most complex healthcare system in the world. As a result, changes within the industry are slow. To understand what may come, it helps to have a deeper understanding of healthcare’s complexity.

Healthcare reform has often been proposed but has rarely been accomplished. The country’s first attempt was the American Associate for Labor Legislation (AALL) of the 20th century. Speaker of the House Thaddeus Sweet vetoed the bill in committee.

In 1965, after 20 years of congressional debate, President Lyndon B. Johnson enacted legislation that introduced Medicare and Medicaid into law as part of the Great Society Legislation.

Various legislations have been introduced since 1996, including the Consolidated Omnibus Budget Reconciliation Act (COBRA) and the Health Insurance Portability and Accountability Act (HIPAA) that provide health insurance protection for some employees when they leave their jobs.

The 2010 Patient Protection and Affordable Care Act, often referred to as Obamacare, includes:

Since becoming law, additional rules and regulations have expanded upon the Patient Protection and Affordable Health Care for America Act.

The Complexity of Healthcare

The many layers of variance in all parts of healthcare is what makes this system so complex.

Choosing a healthcare plan illustrates the complexity of health insurance plans in the U.S. About half of Americans who have private health insurance are covered under self-insured plans, each with their own design. The other half of the insured population is covered under traditional indemnity plans, Health Maintenance Organizations (HMOs), or Preferred Provider Organizations (PPOs). The one commonality among all insurance plans is how dramatically they vary. Deductibles, co-insurance, co-payments, and maximum out-of-pocket expenses are a few of the inconsistent variables among insurance plans. Additionally, some insurance companies are for-profit and others are not-for-profit, indicating another point of confusion.

Insurance is not the only complexity within the system. The healthcare system itself is managed and regulated by dozens of federal and state agencies, including the Department of Health and Human Services, the Centers for Disease Control, the Center for Medicare and Medicaid Services, the Veterans Administration, the Food and Drug Administration, and the Agency for Healthcare Research and Quality. The 2010 Affordable Care Act added more agencies to this list, including state insurance exchanges and the Center for Medicare and Medicaid Innovation.

Each area of healthcare has its own complexities. As components of the larger healthcare system work together, the complex layers unfold. While change is expected in the coming years, it is likely to occur slowly.

Changes in the healthcare industry usually occur at the legislative level, but once enacted these changes have a direct impact on facility operations and the use of resources. For example, the ways patients and administrators utilize resources such as Medicare and Medicaid have changed due to legislation. Technology has had a further impact on how healthcare administrators handle resources and manage medical centers.

Cultural shifts, cost of care, and policy adjustments have contributed to a more patient-empowered shift in care over the last century. Technological advancements contribute to a shift in our patient-centered healthcare system. This trend is expected to continue as new healthcare electronic technologies, such as 3D printing, wearable biometric devices, and GPS tracking, are tested and introduced for clinical use. Policies and procedures in individual facilities may restrict how and when new technologies are introduced, but cutting-edge technology is expected to play an increasingly larger role in our healthcare system within the coming years.

As legislative and demographic changes trickle down into care facilities, the use of hospital services is expected to grow significantly between 2017 and 2025. This growth is due to an anticipated increase in Medicare beneficiaries in the coming decade. The cost of hospital care is expected to rise from 0.9 percent to 2.4 percent of the budget by 2025, increasing the importance of good business practices and educated professionals in the healthcare industry.

The original 1965 bill signed that created Medicare and Medicaid included two parts to the Medicare program: Part A (Hospital Insurance) and Part B (Medical Insurance). Since then, Congress has made Medicare and Medicaid changes to open eligibility to more people. For example, Medicare was expanded in 1972 to cover the disabled, people over 65, and others. Medicare includes more benefits today, including limitless home health visits and quality standards for Medicare-approved nursing homes. Medicaid has also been expanded to cover a larger group than initially intended. This includes coverage for low-income families, pregnant women, people requiring long-term care, and people with disabilities.

Wide variations in Medicaid programs across the nation occur because individual states have the ability to tailor Medicaid programs to serve the needs of their residents. In 2010, the Affordable Care Act introduced the Health Insurance Marketplace, which has had a direct impact on Medicaid service. Potential consumers can now use the Marketplace website to determine their Medicaid eligibility.

The Future of Medicare and Medicaid

As the baby boomer generation approaches retirement, thus qualifying for Medicare, healthcare spending by federal, state, and local governments is projected to increase. Assuming the government continues to subsidize Marketplace premiums for lower-income populations, this increased government healthcare spending will greatly affect the entire healthcare system in the U.S. Although Medicaid spending growth decelerated in 2016 due to reduced enrollment, spending is expected to accelerate at an average rate of 7.1 percent per year in 2018 and 2019 due to the aging baby boomer generation.

A Shift in Healthcare Providers

Along with policy and technological changes, the people who provide healthcare are also changing. Providers are an important part of the healthcare system and any changes to their education, satisfaction or demographics are likely to affect how patients receive care.

Future healthcare providers are also more likely to focus their education on business than ever before. A large-scale analysis of Harvard Business School’s physician graduates indicates substantial growth in the number of physicians pursuing M.B.A. degrees in the last decade. This growth may result in more private practices and healthcare administrators.

In recent years, the demographics of the medical profession have shifted. Women currently make up the majority of healthcare providers in certain specialties, including pediatrics and obstetrics and gynecology. Nearly one-third of all practicing physicians are women. According to an Association of American Medical Colleges (AAMC) analysis, women comprise 46 percent of all physicians in training and nearly half of all medical students. Based on these statistics, we can assume more women may enter the medical profession in the coming years. African-American women are more likely to become doctors than their male counterparts, according to AAMC data. While African-Americans comprise only four percent of the physician workforce, 55 percent of the African American physician workforce is female.

This shift in demographics to include more women in healthcare supports diversity in the industry and represents overall population diversity.

Job satisfaction is one area that must improve. According to Medscape’s 2015 Physician Compensation Report, 64 percent of doctors would choose medicine as a career if they could do it again, but only 45 percent would choose the same area of specialty. Nurses report higher overall career satisfaction than doctors, based on results of the latest Survey of Registered Nurses conducted by AMN Healthcare and compared to the Physician Compensation Report. Nine out of 10 nurses who participated in the survey said they were satisfied with their career choice. However, one out of every three nurses is unhappy with their current job. It is difficult to say whether job satisfaction will increase in the coming years, but continued technological advancements designed to streamline the healthcare process offer hope to those who may be frustrated with the complexity of their jobs.

Demands on healthcare change due to various reasons, including the needs of patients. Every year, new cures and treatments help manage common diseases. Each such development affects the entire healthcare system as much as it has a positive impact on patients. As illnesses become more common, our healthcare system must adapt to treat them. Patient care needs will also evolve as the population ages and relies more heavily on resources such as Medicare and Medicaid. Patient empowerment is expected to increase with advances in technology.

The bubonic plague is a good example of a disease that can drastically change the healthcare system by quickly shifting all resources to handle an epidemic. In the Middle Ages, the Black Death spread so quickly across Europe that it is responsible for an estimated 75 million deaths. It may be surprising that the bubonic plague still circulates today. In fact, according to Center for Disease Control data, there were 11 cases and three deaths in the U.S. within five months in 2015.

Although the bubonic plague is not near the threat it once was, other diseases and conditions of concern are on the rise. The following seven conditions are on the rise and can be expected to have an impact on healthcare in the near future:

The healthcare industry has identified these previous conditions, preparing to handle further increases with supplies and resources. However, a new threat is always possible. If something similar to the Ebola virus spread across the country, this would have a drastic impact on patient care and healthcare facilities.

The current baby boomer generation, which initially consisted of 76 million people born between 1946 and 1964, will be coming to retirement age and will increase federal spending on Medicare and Medicaid by an average of 5.9 percent in 2018 and 2019.

Healthcare technology trends focus heavily on patient empowerment. The introduction of wearable biometric devices that provide patients with information about their own health and telemedicine apps allow patients to easily access care no matter where they live. With new technologies focused on monitoring, research, and healthcare availability, patients will be able to take a more active role in their care.

From policy to patients and everything in-between, the healthcare industry is constantly evolving. Aging populations, technological advancements, and illness trends all have an impact on where healthcare is headed. Since it is crucial to pay attention to shifts in society to understand where healthcare is headed, consider dedicating time each day to reading recommended industry literature that you will find in our list of 25 books for every healthcare professional.