For Profit vs. Nonprofit Hospital Administration 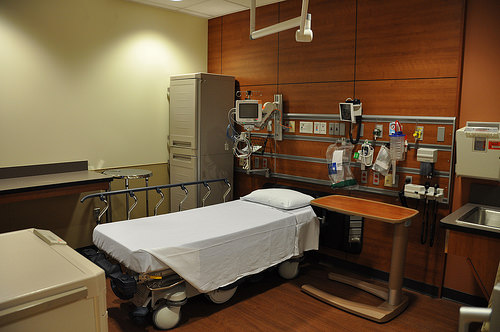 The differences between profit and nonprofit hospitals lay the groundwork for a philosophical discussion about the merits and ethics of each approach. For hospital administrators, there are also practical differences in the operation and management of these different kinds of hospitals. Here are some of the key distinctions between profit and nonprofit hospitals.

Nonprofit hospitals, viewed as charities by the IRS (assuming they comply with guidelines governing nonprofits, like providing certain benefits to the community), don’t pay federal income or state and local property taxes. In keeping with their charitable purpose and community focus, nonprofit hospitals are often affiliated with a particular religious denomination. For-profit hospitals are owned either by investors or the shareholders of a publicly-traded company.

While for-profit hospitals have traditionally been located in southern states, the economic collapse of the early 2000s catalyzed the acquisition of nonprofit hospitals by for-profit companies. Some nonprofit hospitals are finding other ways to improve their finances, like the joint venture launched in 2011 between Ascension, the United States’ largest network of Catholic hospitals, and the private equity firm, Oak Hill Capital Partners.

One notable difference between nonprofit and for-profit hospitals is that for-profits allocate more resources to advertising and marketing. Dr. David Himmelstein, the co-founder of an organization that advocates a universal, single-payer health system in the U.S, argues that these are wasteful expenditures that divert patient dollars from things like equipment and training that could improve quality of care. He further argues that marketing is wasteful because for-profit hospitals tend to be located in areas where there are few healthcare options, so patients have little choice in where to get care.

Some argue, however, that investments in new technologies might be just as wasteful for hospitals that serve low-income communities, as patients likely would not be able to afford the more advanced (and more expensive) treatment they offer. Furthermore, some nonprofit hospitals also spend money on marketing, because they recognize that they have to compete in the marketplace, regardless of their nonprofit status.

It’s important for patients and administrators alike to understand that there is no indication of any difference in the environment, operational efficiency, or standard of care between nonprofit and for-profit hospitals. Both exist on lists of the best hospitals in the country, and among the worst. There is no reason to believe that the quality and management of a hospital correlates to its tax status.

Whether a hospital is nonprofit or for-profit should be of interest to its staff and to the community it serves, so that they can understand how the hospital operates and allocates resources. Patients, on the other hand, can rest easy knowing that they don’t have to concern themselves with such matters when they’re in need of medical care.