The Business of BioTech

The roots of modern biotechnology date back to 8,000 B.C., when man learned to cultivate crops and domesticate animals, enabling the advancement of civilization. Emerging discoveries in the areas of cells and genetics in the 17th-century further advanced the discipline.

Today, biotechnology is at the vanguard of modern science, leading the search for solutions to 21st-century challenges such as hunger, alternative energy, and disease. What is biotech? Simply put, biotechnology is a tool that leverages advancements in the pure biological sciences, such as molecular biology, genetics, and embryology to solve the problems facing humanity. 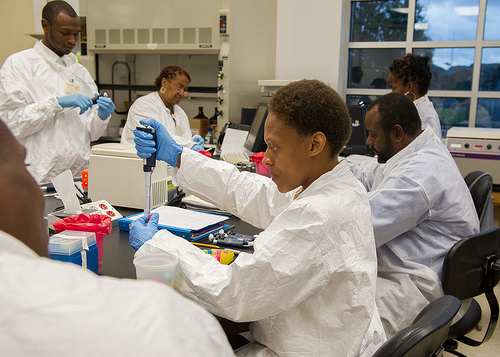 Perhaps no other field has benefited more from advances in biotech than healthcare; oncology, neurology, immunology, infectious diseases, and regenerative medicines are among the main drivers of biotech research and development. Biotech led to the development of the recently FDA-approved PillCam by Given Imaging, a noninvasive technology that provides an alternative to traditional colonoscopy screenings to detect colon cancer. This easy-to-swallow “smart pill” contains a tiny camera that sends images to a receiver worn around the waist. The physician downloads and views the images to diagnose suspicious polyps and other conditions.

Biotech firms were also at the forefront of the response to the Ebola crisis. San-Diego-based Mapp Biopharmaceutical developed ZMapp, the drug used in the treatment of U.S. Ebola victims.

Gilead Sciences, a biotech company, has developed an effective and tolerable drug that has the potential to eradicate hepatitis C over the next 10 to 15 years. The impact could be significant: In the U.S. alone, about 3.2 million individuals are afflicted with the disease.

The U.S. is by far the leading player in the biotech industry, with about 2,000 private entities in the field, concentrated in the San Francisco Bay area and New England. The European Union is a close second, with most of the major biotech companies located in the United Kingdom, France, and Denmark. In 2012, biotech-developed drugs accounted for about 21 percent of the global demand for pharmaceuticals, representing about $150 billion in sales. By 2018, the biotech industry is expected to capture 25 percent of a nearly $900 billion pharma market, or about $225 billion in annual sales, an enormous 50 percent increase.

The biotech industry got a boost from the FDA in 2012, when the department accelerated approval of a large number of biotech products and pharmaceuticals. Biotech companies also captured over $4.5 billion in venture capital in 2013, representing about 15 percent of all venture capital raised that year.

The Future of Biotech

The Human Genome Project continues to push the boundaries of biotech research and development, leading to huge strides in cancer research. It is now possible to gene-sequence a tumor and identify the best treatment course; the era of “personalized” cancer drugs is on the horizon. Research into microbiomes has identified a treatment for C. difficile with a 94 percent success rate.

Biotech is the wave of the future in healthcare. If you are interested in joining this rapidly growing field, pursuing a healthcare MBA can be a great way to get started.